5 Meals Worth Traveling to Southeast Asia For

I watched Fon intently as she leafed through a menu practically the length of a novella. On our G Adventures trip through Thailand and Laos, finishing off with two days in Hanoi, we became accustomed to the thick, spiral-bound menus, dazzled and bewildered in turn by the walls of type and blurred pictures of food.

I tried to keep it simple. I asked our perennially upbeat Thai guide what she was going to order. If Fon liked a dish that I had never tasted — hey, never even heard of — then that was what I wanted to eat. At no point on our trip did this strategy steer me wrong.

Which is how I ended up eating these five divine dishes that I recommend every traveller try. This is not to suggest that other delicacies fell short of the mark. There were the mung bean and red bean cookies in Bangkok, each a charming little block of cake-like cookie, the consistency of shortbread, but less buttery, more nutty. Or the mango salad purchased in a shopping mall that was hands-down the best mango salad I’ve ever eaten, painstakingly prepared by a young man who used mortar and pestle to produce the fresh seasoning he scattered across the just picked fruit. 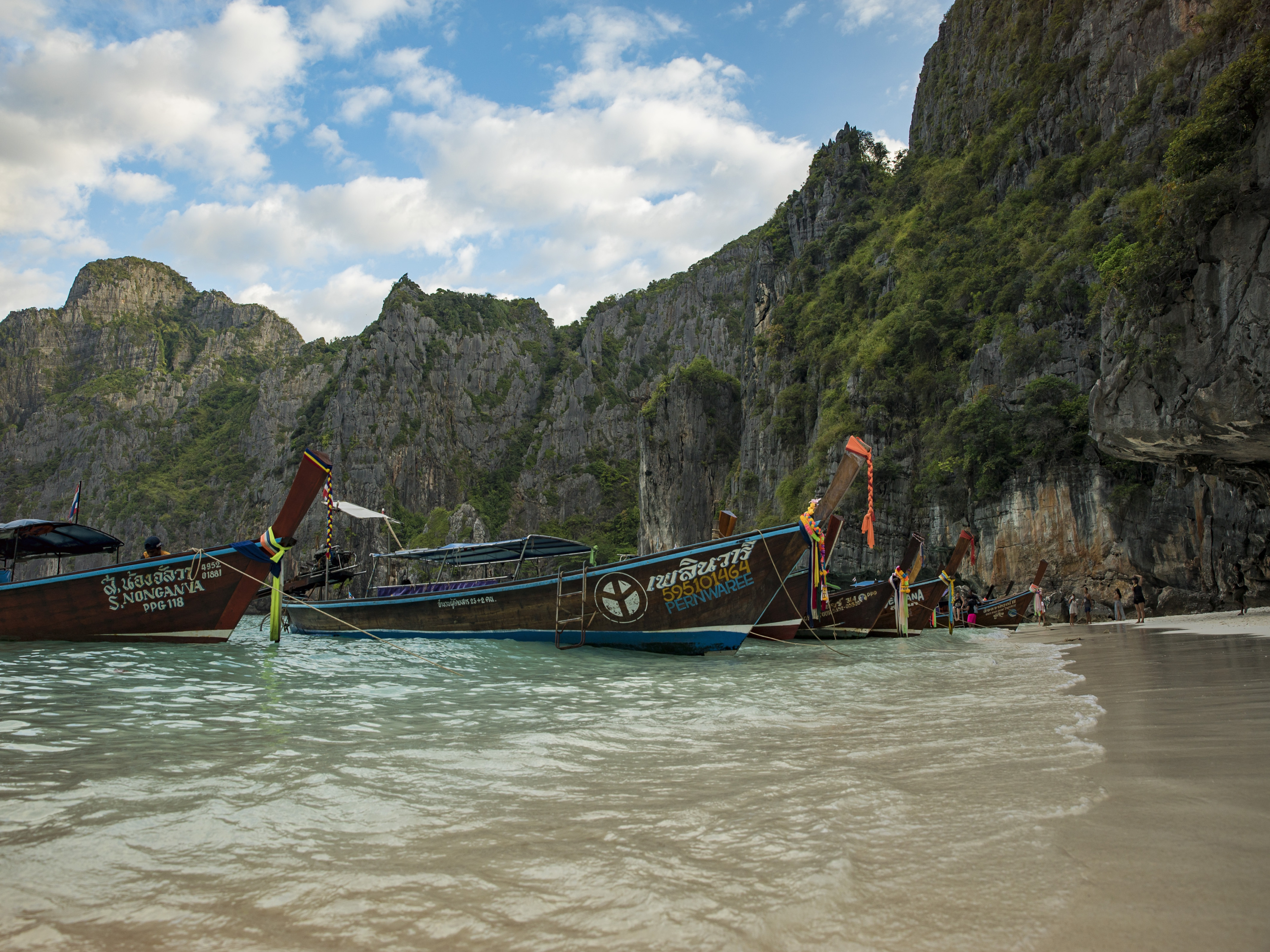 And a special shout-out to the green curry tofu with roti that I purchased as take-out from a sweet little spot by the Bangkok train station. Once settled in my bunk aboard an overnight train destined for Chang Mai, I opened the paper envelope containing a freshly baked, dark brown roti and dipped it hungrily into the green broth, thick with tofu and veggies. The soft denseness of the roti soaked up the gentle spice of the curry for a perfect hit of tang.

Narrowing the list to these five standouts wasn’t easy. The ones that made the cut all have one thing in common besides deliciousness: I had never eaten anything like it before.

1. Morning Glory (Pad Pak Boong)
A stir fry of water spinach (water glory), garlic chili pepper, oyster sauce and yellow soybean sauce, I ate this slightly bitter side dish while seated at a long table on a roof top patio in Chang Mai. While popular in Thailand – and elsewhere in Southeast Asia – it is nearly impossible to find Morning Glory in western restaurants likely because so few stores sell water spinach, a thin, hollow, semi-aquatic shoot with the most tender leaves.

2. Kaison noodles in yellow curry
Stumbling through a basement mall food court in Chang Mai, I didn’t know where to begin – other than to order a Singha beer from the closest kiosk. Fon came to my rescue and insisted that I try the Kaison noodles in yellow curry. Served in a humble Styrofoam bowl, it was extraordinary. Dry noodles rose above a yellow coconut curry broth brimming with freshly chopped green onion, chili, lime and ginger. Soaking up the richly flavoured broth, the noodles soften as you eat, the flavours melting together with each spicy mouthful.

3. River weed (Kai Pen)
My husband and I were the only customers in Joy’s House, located on a quiet, flower-strewn, side street in Luang Prabang where, before devouring fish curry with purple rice, we were served river weed with chilli paste. Similar to dried seaweed, river weed is also dried in sheets, cut into dark squares, sprinkled with tamarind, ginger, garlic and sesame seeds, then flash fried for a wonderfully crisp and salty snack.

4. Banh Cuon
We ate Banh Cuon in Hanoi, one of numerous north Vietnamese dishes we sampled while on a street food tour. Seated on plastic stools around a metal table on the second floor of a cramped, non-descript building in the Old Quarter, we were served plates of plump steamed rice rolls packed with seasoned ground pork and minced mushrooms and dusted with fried shallots and chopped greens for a creamy, subtle flavour.

5. Bun Cha
If you were to eat only one of the foods listed here, please choose Bun Cha. And eat it at Huong Lien on 24 Le Van Huu street where, in 2016, Anthony Bourdain and Barak Obama sat knee to knee over bottles of cold Hanoi beer, seafood spring rolls and generous bowls of Bun Cha, a traditional Hanoi meal and simply the best soup you will ever have. Delivered in multiple parts, a bowl of sweet yellow fish broth was placed before us along with a plate heaped with vermicelli rice noodles, a second plate piled high with herbs and lettuce, and a dish of grilled pork. It all gets dumped into the bowl resulting in a collision of tastes: grilled and fresh, salty and sweet, rich and delicate.

Fittingly, we ate at Huong Lien on our last day in Hanoi, the perfect ending to days of splendid meals that delivered unexpected flavours and were consumed in a variety settings seated on plastic stools along crowded sidewalks, on half-empty terraces overlooking mountain ranges, at wooden tables on lazy boat rides down the Mekong.

But nothing beats sitting five feet from the metal-topped table where two giants in their fields shared laughs and beer and a bowl of soup. 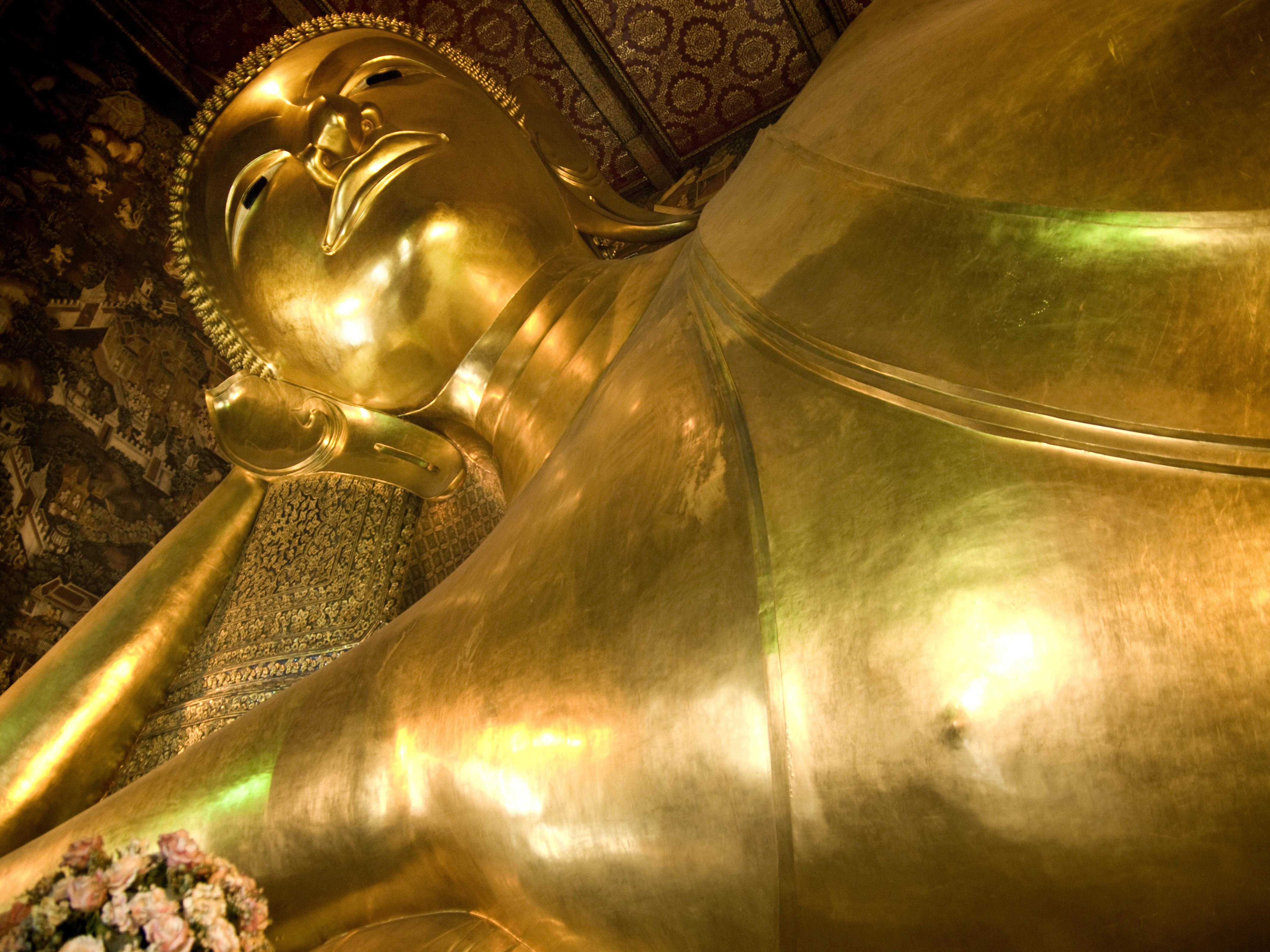